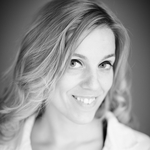 Maria Koczova has been a practicing professional photographer and artist since 2011 and this was one of the reasons which first brought her to the Chernobyl Exclusion Zone in 2011. Deeply impressed by the place, its history and its people, she has not only become an outside observer of it, but also a person who spreads its atmosphere and story all over the world. She has regularly visited the site to take photographs, participate in charity tours to visit the Chernobyl self-settlers, and also to guide people around the Exclusion Zone.